BVT were delighted to sign a Lease with the National Trust for Scotland in March 2017 for the vegetable garden at Malleny House. BVT aimed to work with a group of volunteers to turn the veg garden into a productive space which was in keeping with this beautiful historic walled garden.

Much more has been done over the first year than expected. Under George Harrison’s watchful eye we planned a garden in which I only expected to see left over seed tatties and onion sets from the Farmers Market ‘Tattie day’. Then a kind donation from Jim Young (who was also the benefactor for the BVT bee colonies) allowed us to plant seed for a greater range of veg.
We entered a few things in the Currie show and had a ‘monster’ cabbage displayed at the Farmers Market with a ‘guess the weight’ contest. So there has been some fun as well as work. Malleny House Garden is a lovely place to be and if you would like to join the group of volunteers then please get in touch.
There have also been donations of raspberry canes, strawberry plants and fruit trees, so we may see some fruit in the future. With the sale of produce at the Farmers Market and the support of Pentland Probus we have a kitty going forward into 2018, so are hopeful of a great year. 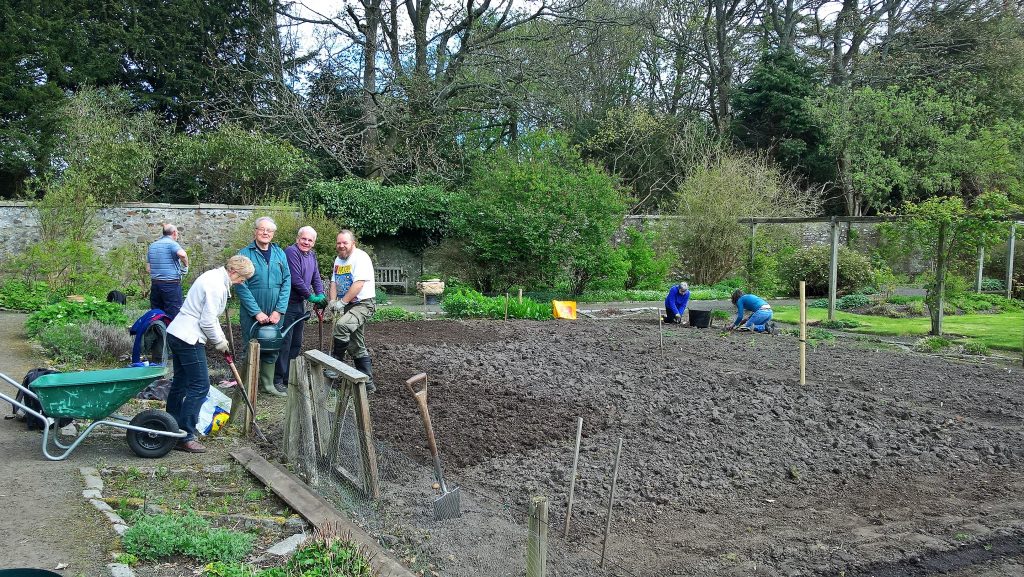