You are here: Home › Harlaw Hydro 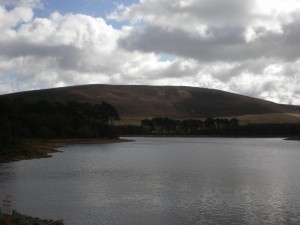 Harlaw Hydro was initiated by Balerno Village Trust and until 2012 was a BVT project.  In September 2012 Harlaw Hydro Ltd, an Independent Provident Society for the Benefit of the Community was formed and the newly constituted Harlaw Hydro set about raising the capital and managing the construction of the hydro scheme.

A prospectus was prepared and the resulting share issue was an outstanding success raising all the capital required for the project. 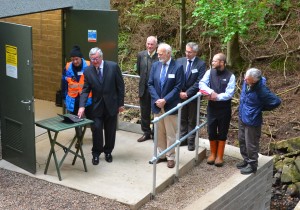 The scheme was formally opened by Fergus Ewing, Minister for Business, Tourism and Energy on 1st September 2015.

At the end of each financial year Harlaw Hydro donates its surplus to BVT, a registered charity established to work for the benefit of the community.